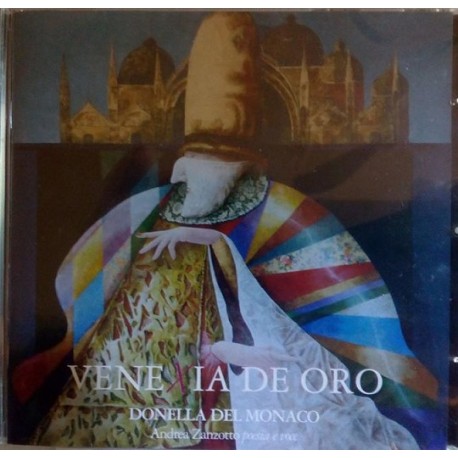 Released in 1999 featuring poet Andrea Zanzotto. "Venitian itinerary of songs and poems from the Crusades to the end of the Millennium"
Album notes: "Venice was the music capital of Europe for at least two centuries (the seventeenth and eighteenth). In Venice, they did not just sing in the theatres, just in the church, or only in the conservatories of the “orfanelle” in the palaces of the “patrizi”: they sang in the streets, they sang in the boats: the music was obviously, no less than a fundamental element of the Venetian life. Serenades and “boating songs” were brought forward to the dawn of our time, and have also been used by refined musicians such as Reynaldo Hahn, and favoured by Marcel Proust. The CD brings to you this magic reality; the poetry of Andrea Zanzotto concludes the CD with the musicality of the Venetian language, part of the enchantment of a city that even the most modern commercialisation has not been able to profane."

No customer reviews for the moment.